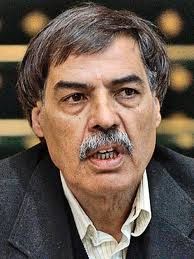 Libya’s constitution committee held its first meeting on 21 April in the eastern town of Al-Bayda.
The committee elected a head, selecting well-known liberal Ali Tarhouni to lead the process, and chose Al-Jilani Abdelsalam Arhouma as his deputy. The committee also agreed to spend the coming days working out its by-laws.

Only 47 of the 60 members of the committee were present as the remaining 13 members still have to be elected. The Amazigh (Berbers) are continuing to boycott the committee and elections for the other 11 seats - which could not take place in February due to security issues -  have yet to be re-held.
The committee remains incomplete, creating serious difficulties for the process of writing the new constitution. As one former congress member explained,: “The elections have not been completed so anyone can challenge the work of the committee by filing a petition to the constitutional court.”

This aside, the committee only has 120 days to draw up the new constitution. Given the sensitivities over some of the issues that will need to be thrashed out - such as what political system the country should adopt; how far it should go with decentralisation; whether Islamic Sharia should be the sole source of legislation; and what status should be given the country’s ethnic minorities - it seems highly unlikely that the committee will be able to complete its work within that timeframe.

How this new constitution will sit with the ongoing transition process and new elections also has yet to be seen.